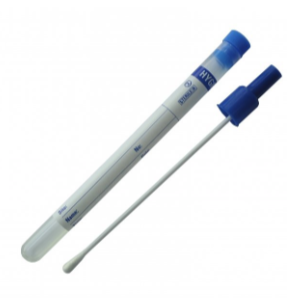 Previously, I’ve spoken to you about STI (Sexually Transmitted Infection) testing and re-testing if required. Some may not realise this, but there are a number of ways to test for STIs, depending on factors such as incubation periods, sexual practices and active complaints, if any. Generally speaking, the Center for Disease Control and Prevention (CDC) in the US recommends universal STI screening for people within the ages of 13 to 64.

We’ve gone through this before but basically, screening tests are done to pick up an infection even when you show no symptoms of an infection. This is done if you feel like you are ever exposed to any infections with your lifestyle.

Swabs and Rapid Testing for STIs

As a standard practice, we tend to go over these questions when you come in for a STI screening test. We ask not with the intention to pry into your lives, but having an open, honest conversation with us will work best so that we can work out a screening and treatment program later on. Please, do not be alarmed when we start throwing out said questions. To that extent, I have listed a few of our common talking points below. Go over them, familiarise yourself with them and that should make for a smoother consultation later with less anxiety.

Obviously, if after a recent sexual encounter of some sort you do have symptoms suggestive of an STI, we will proceed with testing with the aim of confirming an infection and then treating it to the point of eradication.

While this article mainly tackles the topic of swab testing instead of other means of testing (urine testing) for infections like urethritis, chlamydia and gonorrhoea, I will also cover queries such as incubation periods of common STIs.

As I’ve mentioned before, there are a few ways to test for STIs. Most of the time, we hear about blood and urine tests but rarely do we encounter the option of a swab test. In most instances, we are faced with the option of doing just one of said tests. Having said that, let’s look at what a swab test actually entails.

An STD swab test is done using a sterile q-tip (as in the picture above). It looks like a cotton bud with an extended handle basically. The whole point of this is that we can reach into certain areas to collect samples for testing. These samples are usually taken from areas that have a mucous membrane (parts of the body that naturally have a moist surface) or an area that has an ulcer or sore.

I’ve listed a few sites for sampling below. Each site will cater to a different infection and has its individual benefits. Firstly, let’s cover the:-

Vaginal and cervical area: A sterile q-tip is used to take a swab from the cervix or vagina. This test is done if you have had vaginal sex or notice changes such as increased fluid or a change in fluid from your vagina.

A Pap Smear test may be done at the same time. This test is done for completely different reasons though. We usually advise a Pap Smear for anyone who is already sexually active. This test is done by inserting a speculum into the vagina first before we take some samples of tissue from the area. This is done to confirm the presence/absence of a HPV (Human Papilloma Virus) in the woman. This can lead to cancers and therefore might be deadly. We advise screening for this regularly.

Depending on your age and health status (including family history), screening can be done five yearly, three yearly or annually.

Urethral (penis): A swab from the penis is usually done when there is discharge from the penis or burning when peeing. This can indicate the possibility of STIs such as chlamydia, gonorrhoea, herpes or urethritis. A very small, sterile q-tip is gently placed into the tip of the penis. It can be uncomfortable for a moment but is over quickly. This test is most accurate if you have not passed urine (peed) for 2 hours beforehand.

Throat: A sterile q-tip is used to swab the throat. A throat swab is taken if you have had oral sex or a sore throat that we suspect could be due to an infection like chlamydia or gonorrhoea.

As with most swabs tests, we will send it to a lab for specific infection testing and also culture and sensitivity testing. This has multiple benefits. Firstly it allows us to conclusively diagnose the issue at hand and confirm our suspicions as to the infectious culprit. Secondly, it also allows us to cater to an antibiotic regime to your condition at the time of presentation. This will help speed up the recovery process and ensure that the infection has better eradicated.

As with any infection testing, after you have completed the antibiotic regime, you should re-test for the infection to make sure it has been eradicated. Your doctor should advise on the best time to get this re-testing done.

As a general guide, if you are showing no further symptoms after completing antibiotics, you should get re-tested after three months.

You should also bear in mind that testing positive is likely up to three weeks after antibiotics are completed.

Why Do We Prefer Swab Testing?

Earlier on I mentioned that we always send swabs for specific infection testing and culture and sensitivity as well. The reason we do that is that we use Nucleic Acid Amplification Tests (NAATs) via swabs for infection testing in these cases. NAATs are strongly preferred over culture for screening because of their greater sensitivity in detecting gonorrhoea and chlamydia.

Multiple studies circumventing chlamydia and gonorrhoea infections also show that is it more sensitive than urine samples, especially in women.

Also strongly recommended is testing of all body sites that have been involved in sexual activity rather than focusing only on genital sites. Three-site testing (genital, throat, and rectal) is particularly important for sexually active males who have male partners (MSM) and transgender women (those who were assigned male sex at birth but who identify as women) and should be performed routinely.

According to research, testing only reported sites of contact has been shown to be unreliable. It also showed that the prevalence of infections in sites other than the genitals in these groups is so high that more than half of STIs are likely to be missed with genital screening alone.

So, in conclusion; we can use multiple means of screening and testing to identify various issues with the human body when it comes to STIs. We prefer to do swab testing in some cases as it is more sensitive to contact and can provide a better yield compared to urine testing. We should also sample all sites associated with sexual activity.

We can use swab tests to identify infections such as HIV, herpes, syphilis, chlamydia, gonorrhoea and urethritis. If you do have any symptoms suggestive of this, please visit your doctor and lay out your concerns and we can help with the rest.

If you are interested to get an STD Screening, please visit our clinic or you can call us or email us at my.hello@dtapclinic.com for an appointment

Exercise Stress Test - What is Your Risk of Having Heart Disease

STD Window Period & Incubation period: When To Get STD Test

Acute Stress Reaction and tips on dealing with it.