Panicking about that one particular rough night where you had so much fun? Too much fun that now you are worried about HIV? Unable to sleep throughout the night because your body is sending you mixed signals? Your little toe is acting funny and you think you might have HIV from the encounter that took place many many years ago? What are you going to do? Well, go get tested! What are you waiting for?

There are a variety of HIV tests available, depending on the length of exposure.

In summary, here are the tests you can do at the appropriate time:

Day 14 onwards: 4th Generation Combo testing can start to pick up the infection (may have a false negative)

Today we will be discussing the ever famous 4th generation combo duo test!

Fourth-generation HIV tests can detect both HIV antibodies(AB) and p24 antigens(AG), whereas older versions only check for antibodies. When a person contracts HIV, the immune system starts to produce HIV antibodies. This is the body’s method of battling the virus.

The immune system produces these antibodies in response to p24 antigens. P24 antigens are a part of the virus, and research indicates that they tend to appear within 2 weeks of HIV entering the body. Thus, making a fourth-generation test highly reliable to detect HIV, as early as 1 month after a person contracts it. 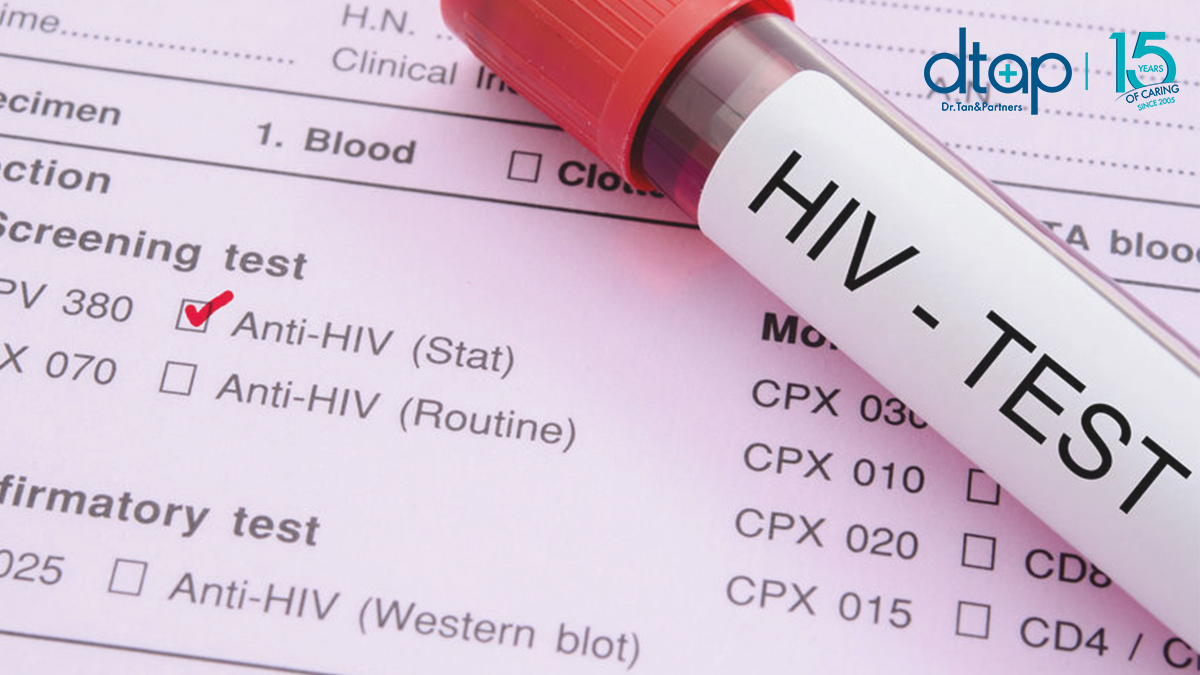 Other available HIV tests include rapid tests and self-testing kits. Both may provide results more quickly than fourth-generation tests, but they may be less accurate. Even if you think you have gotten a negative result, you will still need to see a healthcare provider for a follow-up test to confirm the findings.

Fourth-generation HIV tests can reliably detect the virus as soon as 1 month after a person has contracted it, and may also be deemed conclusive. However, as part of the HIV testing protocol, it is advised to repeat the HIV testing 3 months and 6 months past the HIV scare.

It is important to note that, after contracting HIV, there is a window of time during which no test can dependably detect it ( day 1 till day 12). If a person takes an HIV test during their window period, they may receive a false-negative result.

The window period is the time immediately after infection, during which tests cannot always detect antibodies or p24 antigen, and so may give a false negative result. It is hard to say exactly how long the window period for any test lasts, as there are variations between individuals.

Nonetheless, it is estimated that the window period for fourth-generation tests is 18 days, with half of all infections being detected between 13 and 24 days after exposure. While occasionally this period will be a little longer, 99% of HIV-infected individuals would be detectable within 28 days of exposure.

Therefore, UK guidelines state that an antibody/antigen laboratory test will detect the great majority of individuals who have been infected with HIV four weeks after specific exposure.

Also read: What are the early symptoms of a HIV infection?

What happens when you go for a test?

Normally, testing involves taking a small sample of blood from your finger, just like checking your sugar level.

How long it takes for HIV test results to come back will depend on the type of test you are taking. If it’s a rapid test, you will get your results within 20 minutes. Other types of blood tests will be sent to a laboratory and it may take between a few days and a few weeks for you to receive a final result. Tests these days are very reliable. Do note that if your result comes back positive, you should have a second confirmation test to double check your result. If this is also positive, you will get an HIV diagnosis, after which you can start treatment.

Despite the HIV stigma still widely around, remember that HIV treatment these days is very effective and people with HIV can live long and healthy lives just like anyone else.

When to get tested?

The Centers for Disease Control and Prevention (CDC) recommend that everyone ages 18–64 take an HIV test at least once, as part of their standard healthcare. However, as with any sexually transmitted infection, it is a good idea to take a yearly HIV test. People with higher risk (sharing needles or having sex without a condom, tattooing, for example, can increase a person’s risk) of contracting HIV should consider taking a test every 3–6 months.

Anyone concerned that they may have contracted HIV should consider taking a test.

1. Q: If I got tested with a 4th generation after 3 months of exposure and showed negative that means I don’t have HIV?

A: Yes. It means you don’t have HIV and it’s considered conclusive.

2. Q: Is it recommended to get a HIV test if I had an unprotected oral sex?

A: While it is considered a low risk activity, we will recommend you to test if you have been sexually active and have not tested in the last 3 months.

3. Q: How accurate is the HIV 4th generation test?

A: 4th generation tests will pick up 99% of infections at 28 days after exposure.

P-shots: A shot to the penis!

Cialis | Viagra | Levitra: Their Differences, Similarities and Which Is Better For You?